Ambassador Marcos Vinicius Pinta Gama was born in Rio de Janeiro, Brazil. He studied at Rio Branco Institute (1978), the Brazilian diplomatic academy, and in 2001 he graduated from the Course on High Studies with a thesis on the Inter-American system of promotion and protection of human rights.

Throughout his career at the Brazilian Foreign Service, Marcos Pinta Gama was particularly focused on humanitarian and environmental issues, as well as on academic, scientific and technical and technological cooperation. He was also involved in the fight against terrorism and transnational organised crime, and he was the contact person at the Ministry of Foreign Affairs for national Intelligence, defence and security affairs.

Marcos Pinta Gama served at the Brazilian Mission to the European Communities in Brussels (1983-1986), at the Embassy in Belgrade (1987-1988), at the Permanent Mission to the United Nations in Geneva (1991-1994) and at the Embassy of Santiago (1994-1995) and the Embassy of Washington (1997-2000). He was the head of the Science and Technology Division at the Ministry of Foreign Affairs (1988-1990), and advisor to the head of the Department of Scientific, Technical and Technological Cooperation in matters related to the Brazilian Cooperation Agency (ABC). He was also the head of the Human Rights Division (1996-1997) and the General Coordinator for Counter-Transnational Organised Crime (2002-2006). During the period 2006 to 2010, he was special advisor to the Deputy Minister of Foreign Affairs in security and defence affairs.

In addition, as part of his experience working for the Brazilian government, Marcos Pinta Gama was head of the cabinet office of the National Secretary of Human Rights at the Ministry of Justice (2000 – 2002). During the period 2002 to 2006, he was a member of the National Council on Drugs, the Council for the Control of Financial Activities, the Advisory Council of the Brazilian Intelligence System and the National Strategy for the Prevention of Money Laundering.

Marcos Pinta Gama was Permanent Representative of Brazil to international organisations in London (October 2010 to July 2014) and Ambassador Extraordinary and Plenipotentiary of Brazil to the Kingdom of Sweden, as well as non-resident Ambassador to Latvia (August 2014 to December 2018). 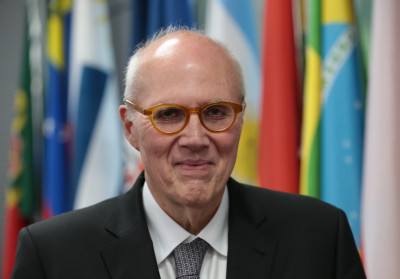